Submissions now open for Write on the DOT: Volume V

All submisions should include a short bio that includes your relationship to Dorchester (or UMass Boston) in the body of the email. Please send submissions to dotreadingseries[at]gmail.com with your name and "submission" in the title.

Submissions for Write on the Dot: Vol IV


For Write on the DOT: Volume IV:


Poetry
Short-Short
Art
Posted by Write on the DOT at 8:22 AM 3 comments:

Please join us at 6:30pm on Friday, May 15th at Savin Bar + Kitchen as we welcome these exciting literary talents! 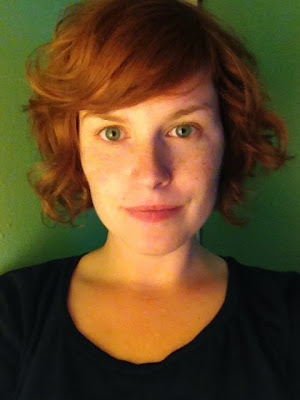 KATE GLAVIN
Kate Glavin received her M.A. in English Literature from the University of South Dakota in 2010. Since then she has been teaching creative writing, literature, and composition at a variety of institutions, including the prison classroom. She is currently an MFA candidate in poetry at UMass Boston and leads the affiliated Poetry Group at Baystate Correctional Center. 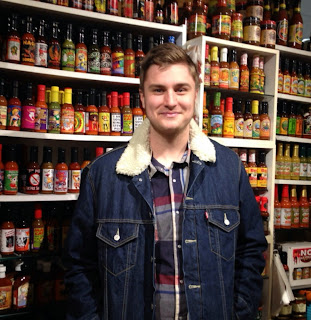 MATT DENIS
Matt Denis is a second year fiction writer in MFA program at UMASS Boston. He lives in a
glorified dorm room in Mission Hill and watches a lot of baseball.

AUDREY MARDAVICH
Audrey Mardavich lives in Clam Point, Dorchester. She runs the 2x2 Reading Series in Boston, produces a monthly storytelling event for The Moth and works with independent public radio producers at PRX. Her poems can be found in No Infinite, Summer Stock, Gaff, Juked, and the Write on the Dot Anthology. 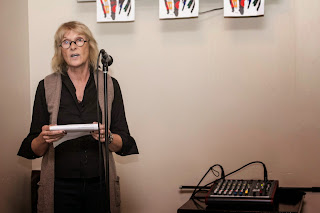 ELAINE HAPPNIE
﻿
﻿
﻿
Elaine Happnie is a Dorchester resident and visual artist. She has exhibited her art in Boston, Miami and Fort Meyers, FL. Her work is in the permanent collection of the Boston Public Library, Copley Square Photograph and Print Department. She has read her poetry at Hibernian Hall, Thomas Crane Public Library, UMass Boston's Poetry Slam Society and Write on the DOT Open Mic. She says: "I choose to speak on complicated topics through poetry. Things that aren't ordinarily spoken of can be better transmitted through the language of poetry."
﻿
Posted by Write on the DOT at 8:45 AM No comments:

Write on the DOT in the News! From The Dorchester Reporter: Last Saturday at a Human Library event in Fields Corner, an interested “reader” chats with a “human book,” who identified himself as “The Smartest Dummy,” sharing his experiences of being discriminated against in the 1970’s when he was told that black people like him were genetically incapable of learning. He now teaches a variety of classes. Photo courtesy of Thang Ho
Last Saturday, “checking out” a book took on a double meaning as Write on the Dot (WotD), the Dorchester reading series hosted by UMass Boston’s Creative Writing MFA students, successfully presented the first Human Library event in Massachusetts.
From 10 a.m. to 1 p.m., visitors to the Boston Public Library’s Fields Corner branch were invited to spend 15 minutes in dialogue with any one of the human books – local volunteers who were open to sharing their stories of being discriminated against and to comparing notes on those experiences with curious readers. Titles included “Woman with Asperger’s”… “The Very Short Person,” … “Growing up Black in Boston,” and “The Impatient Patient: A Male Survivor Story.”
Given the relaxed library environment, the speed-dating format, and cordial coordinators (including branch librarian Emily Todd), any ice was quickly broken, and the three hours flew by.
The Human Library (aka Living Library) movement started in Denmark in 2000 as way to curb youth violence. It has since grown into an international project to counteract prejudice and promote compassion between people of all kinds. Some cities around the world have permanent, award-winning libraries. The first Human Library in the US was held in Santa Monica in 2009.
WotD‘s Lynn Holmgren explains how the local project began: “I first read about The Human Library in Poets and Writers magazine. I am a huge fan of libraries and live storytelling, so I was immediately sold on the idea of combining the two. As a shy person I often find it difficult to initiate conversation with strangers (or even acquaintances) outside of a structured context like work or school. There is always the anxiety that unbidden curiosity could cause confusion or even anger.
“So organizing a Human Library was a personal challenge to explore this fear, and I had a gut faith that the project would produce similar challenges and revelations for everyone involved.”
WotD’s Elysia Smith confessed that she felt “incredibly nervous” about co-organizing the inaugural Dorchester event with Holmgren, but she felt well rewarded afterward. “All the human books and readers engaged with such vitality that I was moved in ways I had not expected. More than that, the friendships forged in those three hours seem built on such a fluid, forgiving, and fundamentally human foundation that I believe will spawn all the more collaboration for the neighborhood of Dorchester.”
Several attendees managed to browse all seven books in succession. But books and patrons alike ended up on the same page by the end of the afternoon. Many participants exchanged emails so that conversations that had barely got started could continue.
Books were given a certificate of appreciation, a t-shirt and a discount coupon for the Dot to Dot Café bookstore. Fields Corner Domino’s donated a variety of pies for a post-event processing party.
Other BPL branch libraries are considering hosting Human Library events. Write on the Dot is already planning an even bigger event for 2016. Contact them at dotreadingseries@gmail.com.
Posted by Write on the DOT at 11:59 AM No comments:

CHECK OUT A HUMAN BOOK! 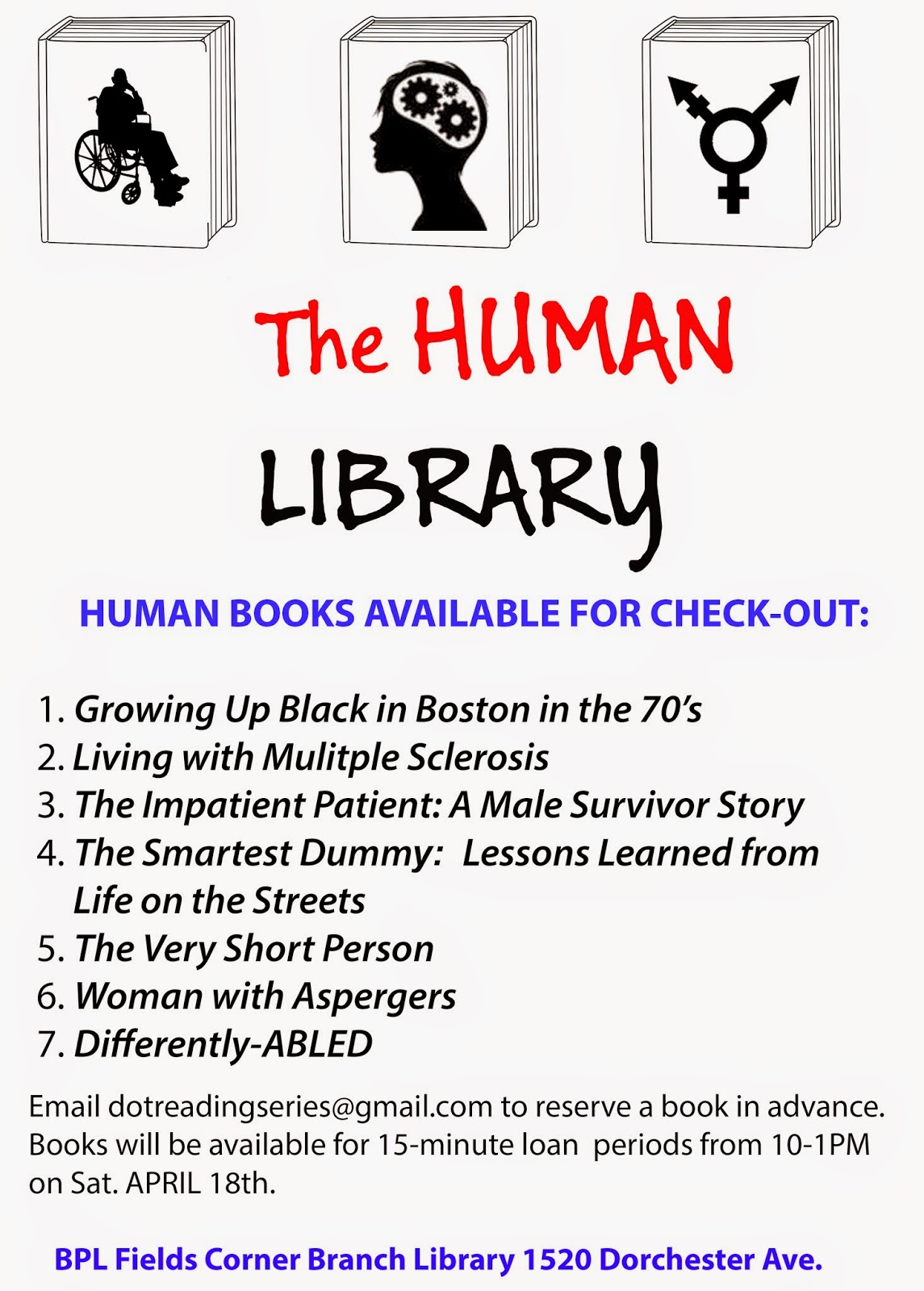 WHAT IS THE HUMAN LIBRARY? 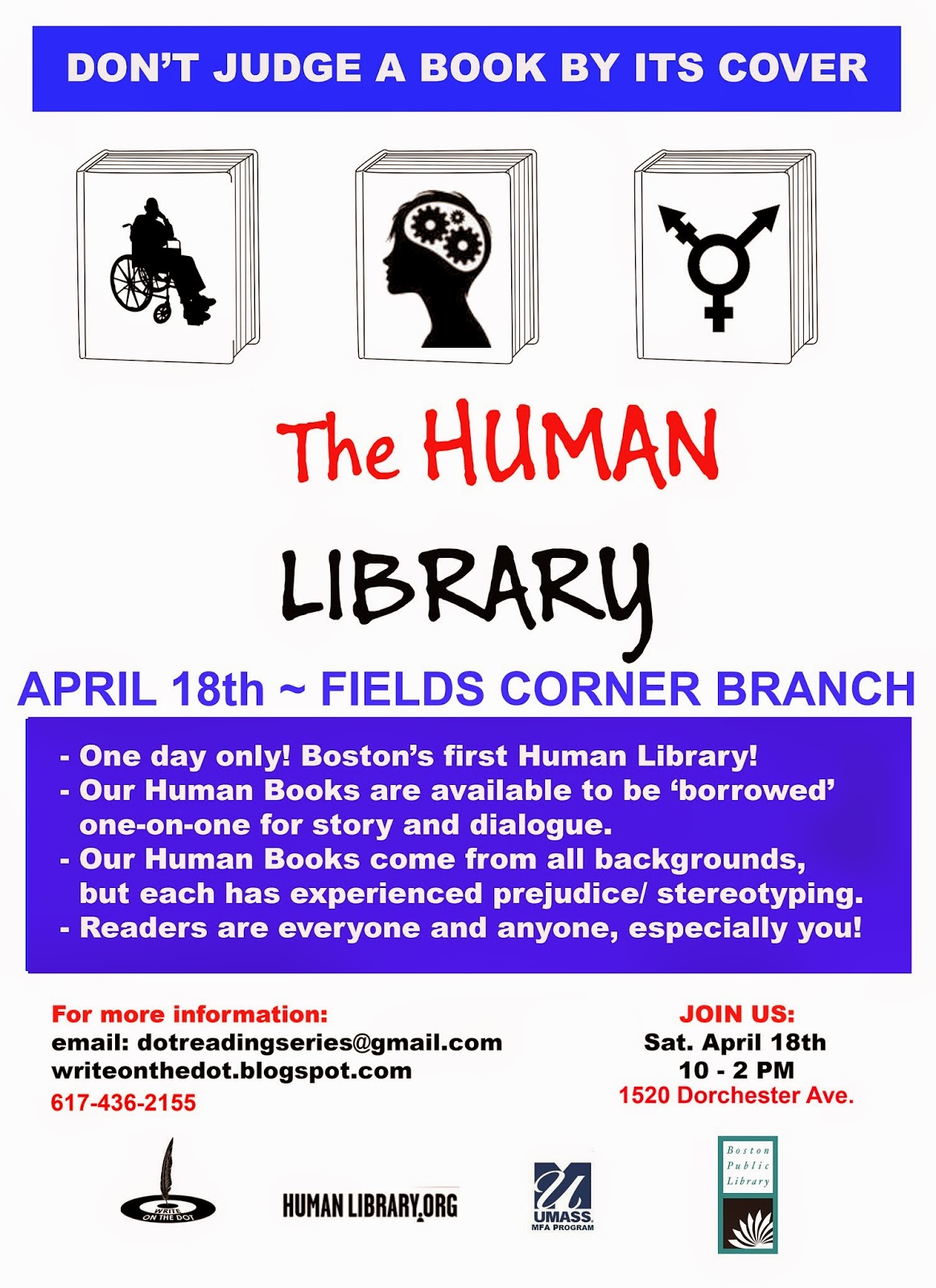 Human Library to Debut in Dorchester

Dorchester, MA – March 24, 2015 – On Saturday, April 18th from 10-2pm, the librarians at the Fields Corner Branch Library in Dorchester will be encouraging patrons to check out and converse with living “Human Books”. The eclectic collection will cover such topics as Living with a Disability, Overcoming Homelessness, Jehovah’s Witness and Female with Aspergers, among others.

The book titles are thought-provoking for a reason: All represent people who have been stereotyped due to issues of race, sex, age, disability, sexual preference, gender identity, class, religion, lifestyle choices or other aspects of who they are. Human Books are local residents, workers and students who have volunteered to be “checked-out” for 15 minute “loan periods” during the four-hour event. Books will engage with borrowers in one-on-one conversations about their experience, with questions strongly encouraged.

“Fear promotes prejudice, tries to pretend it doesn’t exist. The Human Library promotes curiosity, which can help to unlock our shared humanity,” said organizer Lynn Holmgren of Write on the DOT. “Personal storytelling and dialogue are powerful tools for peace and healing, but they’re often underutilized.” The event is a collaborative effort between the UMass Boston MFA Program, Write on the DOT community reading series and BPL Fields Corner.

The Human Library (humanlibrary.org) was created in 2000 by members of the Danish youth organization Stop the Violence and is now operational in more than 60 countries. This will be the first Human Library event to take place in Massachusetts, and the organizers hope its success will inspire other communities in Boston and beyond to take part in this intentional, community-building project.

Please join Write on the DOT at The Banshee on March 6th at 6:30PM to hear these exciting local talents!

Posted by Write on the DOT at 1:26 PM No comments: